A patrol car drove by my house with a megaphone blaring. It was my last warning.

Not many people riding this one out. #HurricaneMatthew #Charleston #Apocalyptic pic.twitter.com/XdZ3scy7w7

With Hurricane Matthew just hours from landfall, I decided it would be a good idea to leave… but before leaving, I really wanted to create something that would let me know when it was okay to return home. It would be awful to drive all the way back to Charleston only to find my house without power. 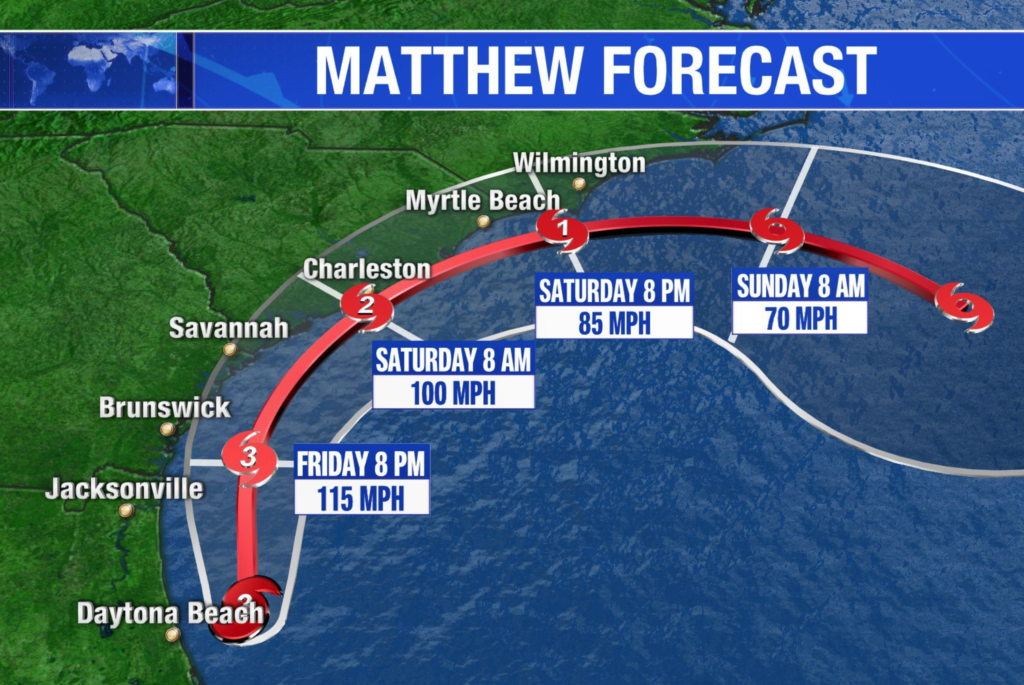 My Raspberry Pi had been idle since being banned from Pokemon Go, so it was time to put it back to work. With very little time, I settled on building a simple Twitter Bot that would run continuously on the Pi and tweet every minute. As long as it was still tweeting, I could be certain that my house had power. The little project turned out to be a success (the power never actually went out). Check it out – @Powercheck.