I'm long overdue for an update here. Since launching the MVP in August, it's only gotten crazier over the last 6 months.

It's hard to raise venture money in SC

Everyone wants to know when you plan to relocate to the Bay Area or New York. It's been a common question as we've applied to various accelerators as well. We had a few tough rejections. We were optimistic about the Dodgers Sports Accelerator in LA, but in the end, we weren't selected. We also applied for Y Combinator. We also got a 'No' from them.

It's time to double down on building

I find the whole application process incredibly time consuming/ distracting, and when you're not selected you don't even get feedback about why you weren't selected. I'd love to know. We've diligently filled out applications, met with the accelertor advisors during office hours, sought feedback from our own advisors, etc... Not to mention, we just launched a fully functional app and are gaining momentum with users who are actively using it right now. No idea what else we should be doing.

We continued moving at a fast pace for the entire fall. I rewrote the mobile app so it actually looks decent now, and I'm proud to say we're less embarrassed by it.

I think I'm able to look back and recognize that this is nearing my mental and physical limit. The day job combined with a single web app would be manageable, but dealing with all the added complexities of a social audio mobile app (with active users) is probably too much for a single brain.

It is extremely difficult to support both iOS and Android versions for complex app like ours. I find it increasingly time consuming to pin down user reported bugs. Android phones have such a broad variety of hardware and OS versioning... I just want to throw up my hands when battling edge cases. There are also lots of administrative actions you have to take with each release, bugfix, etc... So even a 5 minute fix can take several hours once you factor in app store release.

In October I took off on a looooong overdue trip to Europe with Brittany. It was our first vacation after 4 years of marriage and it was probably the best trip I've ever taken.

I returned to a backlog of work for my day job, so progress slowed down a bit as I had to travel and play catch up. By December I was back in a good rhythm and finally putting a dent in the neverending queue of features and bugfixes: new audio transcoder, push notifications, threaded replies, etc...

In January we submitted our iOS app for final review and public release. We were up against the maximum number of beta users and it was time to ship our production version. We went back and forth with Apple for weeks to get this thing approved. I resorted to public pleads on twitter to get a sense of wait times.

@kevinlig I'm in the same boat. It's taking forever. How long have you had to wait/ did it finish yet?

Every time we get rejected, the clock resets which is becoming incredibly frustrating. I wrote a tool to ping us on Slack whenever Apple logs in with the designated test account so we can all sprint to our laptops and start praying for approval as they move through the app.

After about a month of iOS submissions, update, and resubmissions, Apple finally approved uTalk.io for public release on the iOS App Store. It feels amazing to finally have it out there! 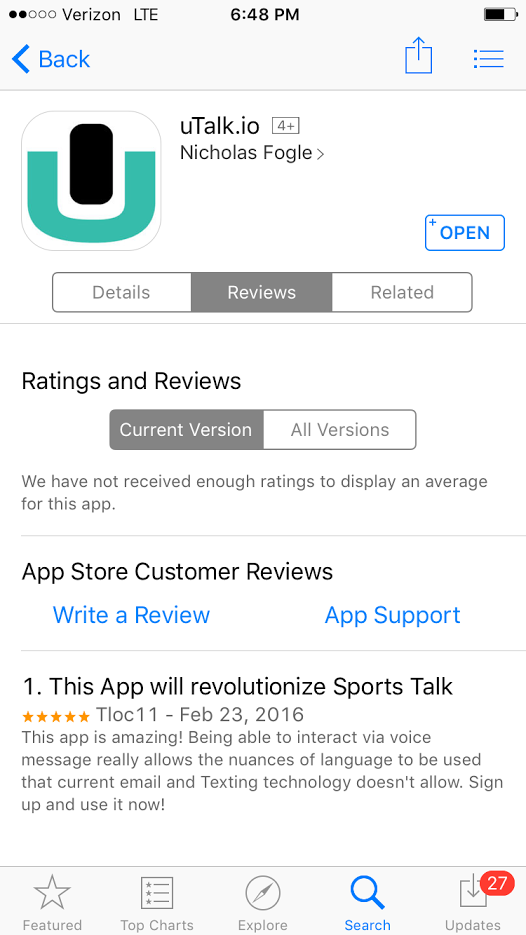 Said goodbye to friends and coworkers at Blackbaud and started contracting with the "pirates" over at Fount Studio. Since we're still trying to raise money, I'm going to need a way to pay the bills with more flexible travel. This was an important step forward to getting me full time.

We were also accepted to the local Harbor Accelerator and will be part of cohort 5. 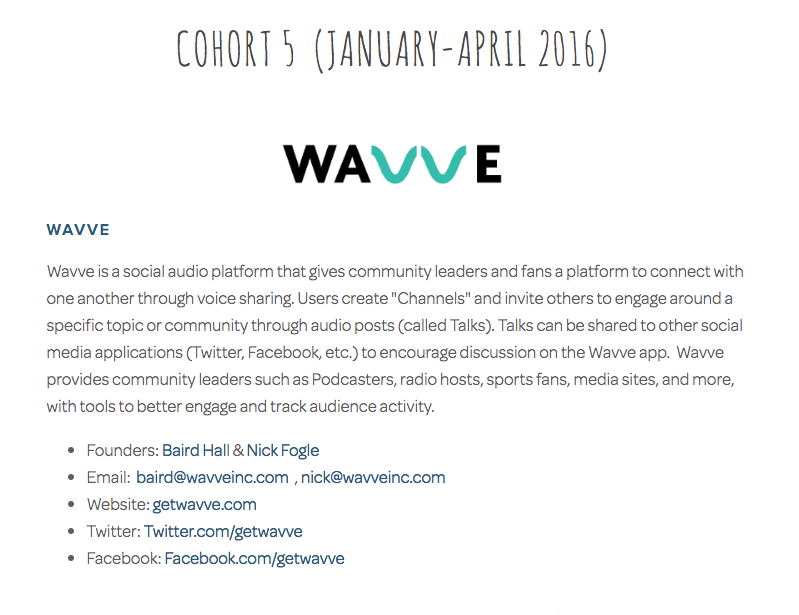