In 2000, Apple opened a public beta for OS X 10.0 Kodiak. For those not up to date on their OS X history, Kodiak came before the long line of cats (Cheetah, Puma, Jaguar, Panther, Tiger, Leopard, Snow Leopard, Lion, Mountain Lion). Now Apple has opened up a public beta for the first time since 2000 with OS X Yosemite. You can download it here.

When it comes to software, I enjoy living on the bleeding edge. Confronted with the choice between an application’s stable version or the next-gen, download-at-your-own-risk version, I tend to pick the latter. In beta stage, software bugs are the norm, but early-adopters are happy to accept this tradeoff for a glimpse of what’s to come. Enthusiastic about the latest and greatest, I scuttled Mavericks in favor of a shiny new Yosemite install. 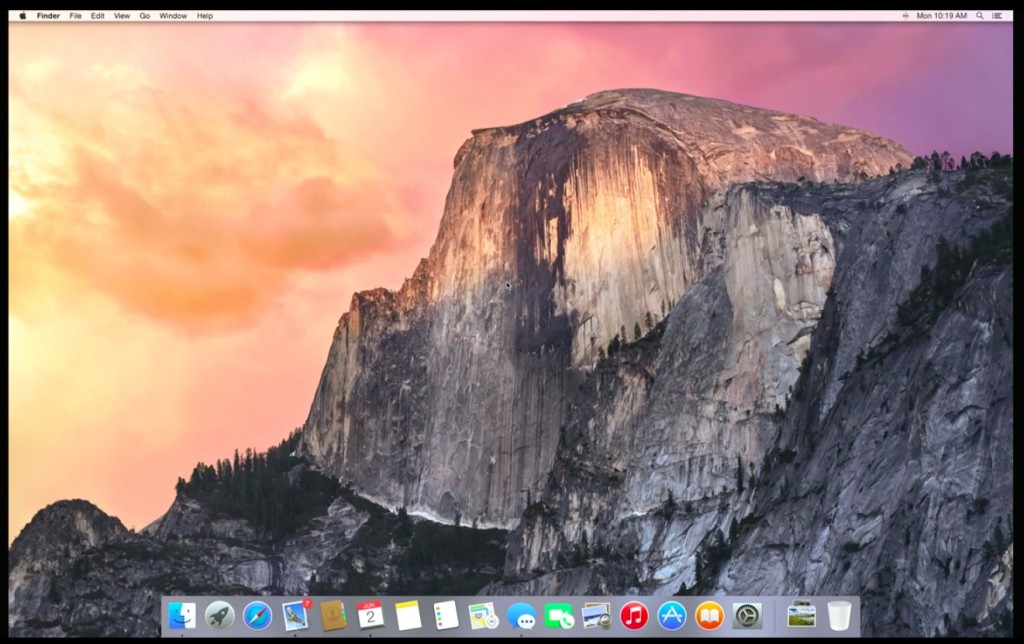 Right away, I noticed that my boot time was lightning fast and performance was very smooth overall. The WWDC preview had already given me a good idea of what to expect design-wise, and it also set the expectation that this iteration of OS X would integrate more seamlessly with the iPhone.

While I think the design goes a bit too far in terms of brightness, overall Yosemite’s interface is well thought-out and a large step forward as a more cohesive OS. The UI, animations, dock icons, and other design elements closely resemble iOS 7.  My main design complaint is with Yosemite’s rendering of UI text. The issue is two-fold: (1) Part of the problem stems from Apple dropping Lucida Grande in favor of Helvetica Neue (like iOS 7). This is something I’ll just need to just get used to. (2) Perhaps more troubling is the way text is rendered. Instead of crisp, clear characters, the text seems blurry in areas. After reading an Ars Technica article on the issue, I suspect this has something to do with Yosemite being optimized for Retina displays.

I’ve been testing for over a month now, and there have only been a few major technical issues. The most common problem area is with existing applications that don’t play well with Yosemite. Some hang for 20-30 seconds before opening, while others cannot be opened at all and require force quitting. The most disappointing of these is iPhoto (which Yosemite refuses to open). iPhoto has been a major part of OS X for the last 10 years, and I think doing away with it so suddenly will cause more harm than good (by creating issues migrating old iPhoto albums, events, photobooks, libraries, etc. into the new photo manager). I wouldn’t have hurt to include it in one more version of OS X while users got used to a new photo application.

[Update 8/2 – Discovered this discussion. This seems to indicate that my concerns about iPhoto are unwarranted]

There are still a lot of bugs that need to be ironed out before the final release, but overall Yosemite will be a huge step forward for OS X. For a comprehensive list of changes, take a look at this thread which documents all the little changes.